Rustic Vines Tours only provides afternoon half day tours in the Médoc region. If you would like a full day tour, please send use a request at “Tailor-Made Wine Tours” page.

Revel in the world famous Médoc wine region where we visit 2 Châteaux !

The Medoc Tour offers the chance to see some of the most prestigious Chateaux of the Bordeaux wine region.

We wind North through the Médoc Wine Route des Chateaux, visiting our long-time wine making friends along the way and tasting the best wines that the Médoc region has to offer. Learn all about the famous region of France where Cabernet Sauvignon originated.

If the calendar isn't showing up, please deactivate your AdBlocker.

Embark on an exceptional vineyard tour of the Médoc, where you will discover the famous châteaux, beautiful vineyards and prestigious wines of this renowned wine region.

Prepare yourself for an unforgettable sensory experience, where you can discover the secrets of producing high quality red wines.

Book your place now for this exciting tour and discover why Médoc wines are so famous.

Discover the famous Médoc left bank wine region of Bordeaux on an afternoon !

Click below on each schedule to see more details

Depart from our office in Bordeaux center and travel to the Médoc region on a quick 1 hour journey in our comfortable minivans.

Tour a Chateau, learn about their production methods and taste the fruits of their labour. +/-1hr

Indulge in more wine tastings at a second contrasted winery.

Drive back in our minivans for a Drop-off at Rustic Vines agency in Bordeaux Center.

*Please note that the itinerary may slightly change from one day to another, but the departure time, return time (+/- 15 minutes) and what’s included in the tour will always be the same.

HALF DAY
€95/person
BOOK THIS TOUR

Where is the Médoc Wine Region ?

The Medoc is a wine region in the Gironde department of the Nouvelle-Aquitaine region of France. It is located north of Bordeaux, along the Gironde estuary, and includes renowned vineyards such as Pauillac, Saint-Estèphe and Margaux. The region is also known for its historic architecture, with many chateaux and wineries, as well as its landscape of pine forests and coastal marshes.

The Medoc vineyards are divided into several sub-regions, each with its own characteristics and producing distinct wines. The main sub-regions of the Médoc include

Pauillac: This region is famous for its high quality wines and prestigious châteaux, such as Château Lafite Rothschild and Château Mouton Rothschild. The wines of Pauillac have a solid tannic structure and aromas of blackcurrant and blackberry.

Saint-Estèphe: Wines from Saint-Estèphe have aromas of ripe red fruit, chocolate and spice, and tend to be more robust and rustic than those from Pauillac. The region includes châteaux such as Château Montrose and Château Cos d’Estournel.

Margaux: The Margaux region is known for its elegant, racy wines, which have a nice tannic structure and aromas of red fruits and flowers. The wines of Margaux are often considered the most aromatic of the Médoc. The region is famous for its châteaux such as Château Margaux and Château Palmer.

Saint-Julien: The wines of Saint-Julien have aromas of blackcurrant and black cherry, and tend to be fuller-bodied and more intense than the wines of Margaux. The region is famous for its châteaux such as Château Léoville-Las Cases and Château Ducru-Beaucaillou.

Medoc wines are produced from grape varieties such as Cabernet Sauvignon and Merlot, which produce rich, tannic and fruity wines. Medoc wines are also known for their ability to age for many years, often becoming more complex and harmonious with time.

Medoc wines are classified into five different categories according to their quality:

Crus Bourgeois: this is a classification that rewards châteaux that produce wines of medium to high quality.

Crus Bourgeois Supérieurs: this is a category above the Crus Bourgeois that rewards châteaux that produce very high quality wines.

Crus Classés : This is an official classification established in 1855 which recognises the most prestigious châteaux in the Medoc. These classified growths are the best known and most sought after. They are considered as Crus classés in 1855, 1856, 1866 and 1855.

Grands Crus Classés: This is a classification above the crus classés which rewards the most renowned châteaux of the Medoc. There are 5 Grands Crus Classés: Château Margaux, Château Lafite Rothschild, Château Latour, Château Haut-Brion and Château Mouton Rothschild
Medoc wines are produced from grape varieties such as Cabernet Sauvignon and Merlot, which produce rich, tannic and fruity wines. Medoc wines are also known for their ability to age for many years, often becoming more complex and harmonious with time.

Why should you book a Medoc Wine Tour with Rustic Vines ?

There are several advantages to do a Medoc Wine Tour :

Let our experts guide you: our guides have an in-depth knowledge of the history, culture and wine production of the region. They will be able to provide you with detailed information about the different châteaux and the growing methods used to produce quality wines.

Enjoy a complete Wine experience: Guided tours usually include a visit to the chateaux, wine tasting and even meals or wine tasting workshops. This allows you to discover the wines of the Medoc in context and understand their place in the region.

Exclusive tasting opportunities: Guided tours can give you access to exclusive wines and châteaux that you would not otherwise be able to taste. Guides can also help you understand the nuances of each wine and how to pair them with different foods.

All in all, guided tours of the Medoc vineyards are an enriching way to discover this renowned wine region, taste quality wines and understand the growing and winemaking methods used to produce exceptional wines.

Fortunately for us, our years of experience have taught us the in's and the out's of what makes a great wine tour, so if you're the curious type and looking for more info...

No 1 on TripAdvisor : Outdoor Activities Bordeaux

Wine Tour Médoc
 5/5
This tour was awesome. We felt a bit like we were on the set of a French movie. Idillic locations and really interesting introduction to how the local wine is made. Our guide “Thoma!” was awesome and he had an in-depth knowledge of the area and how the wine is made. The Chateaus we visited were brilliant too. Can’t fault it and it exceeded our expectations. Highly recommended for something to do in Bordeaux." 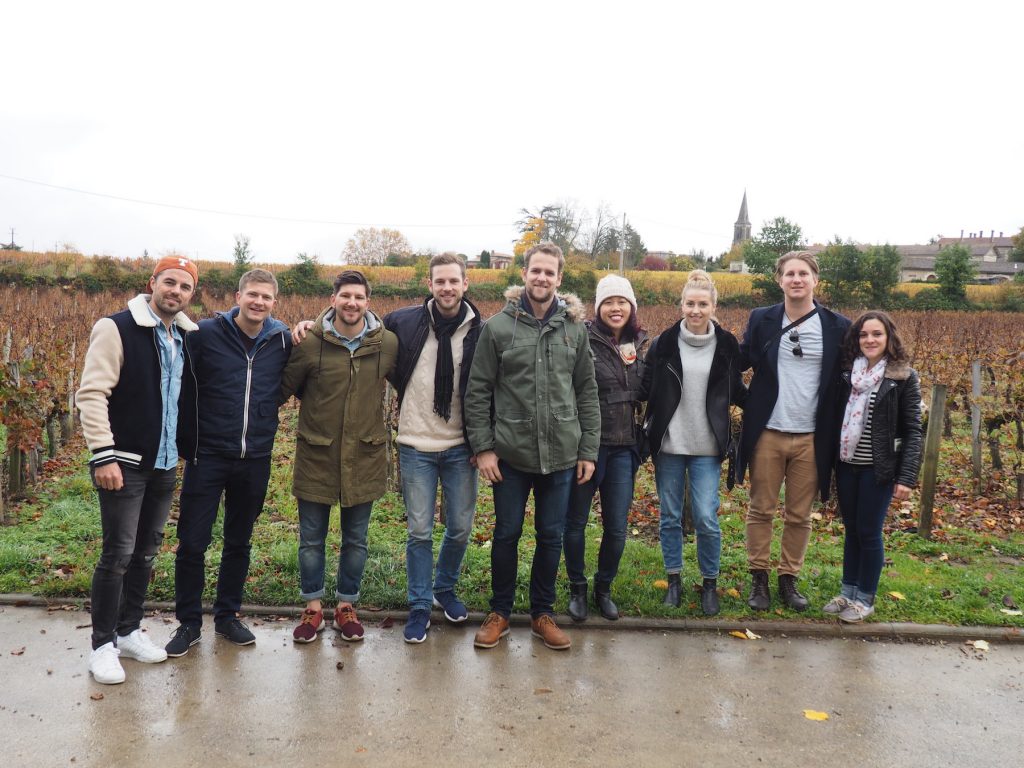 Hamish L
- TripAdvisor
Wine Tour Médoc
 5/5
"We spent a wonderful day among some of the world most famous wineries. The city of Sauvignon was fabulous and its history quitte interesting, the guides very kind and the wines, obviously were fantastic ! A special thanks to Pascaline & Yoann for being so kind and funny and for sharing their knowledge and passion about wine. You guys were amazing !" 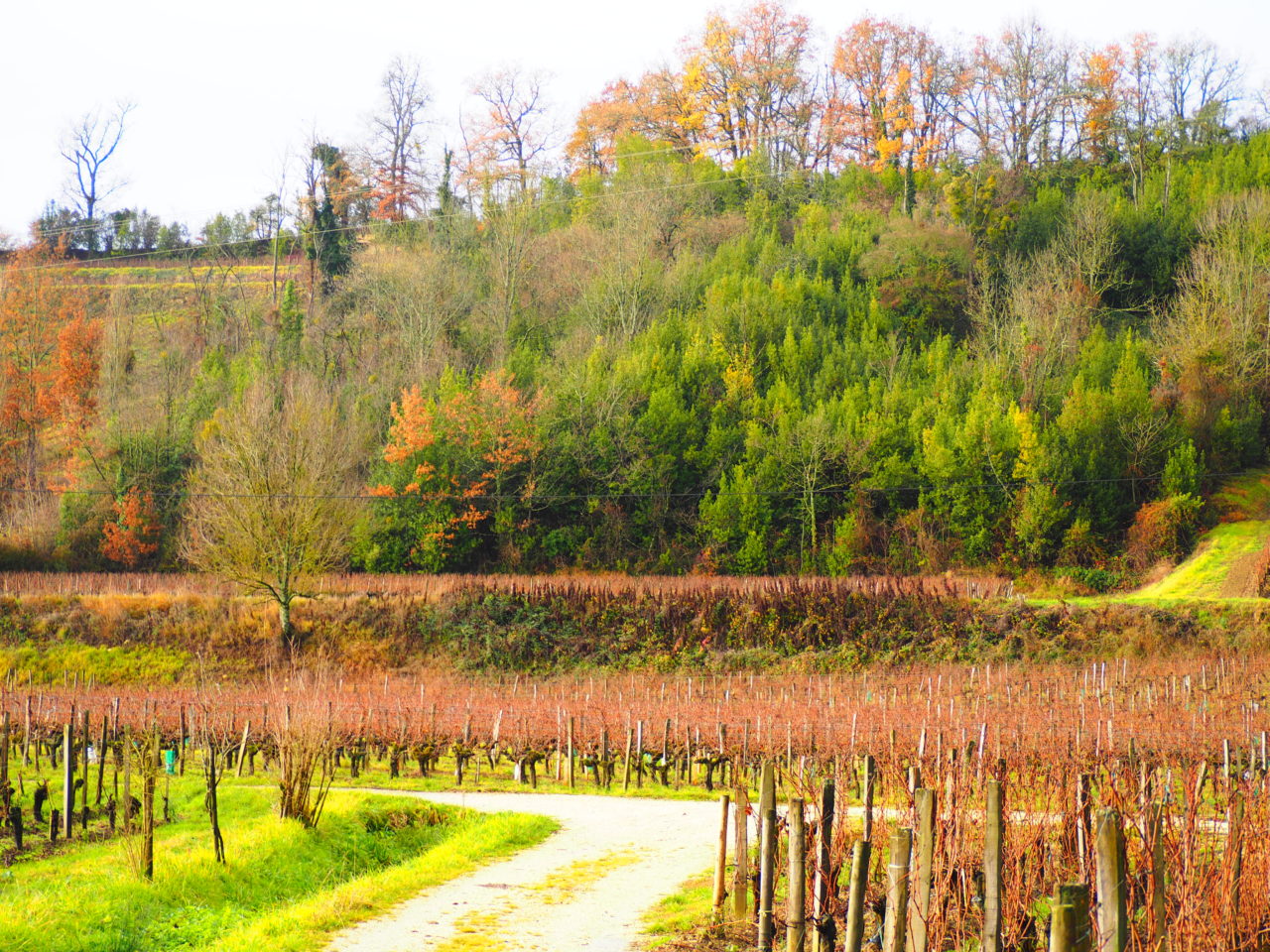 Desdevises C
- TripAdvisor
Wine Tour Médoc
 5/5
"This was simply fantastic! Thomas was an excellent, knowledgeable guide (and also a lovely guy!). The small group size was perfect and allowed us to understand the area, ask questions etc. A nice mix of cycling and tasting, plus explanations of the vineyards and wine making processes. Great lunch was provided (with wine) and a visit to a wine merchant at the end allowed us to taste a broader range of wines. All in all a perfect day!" 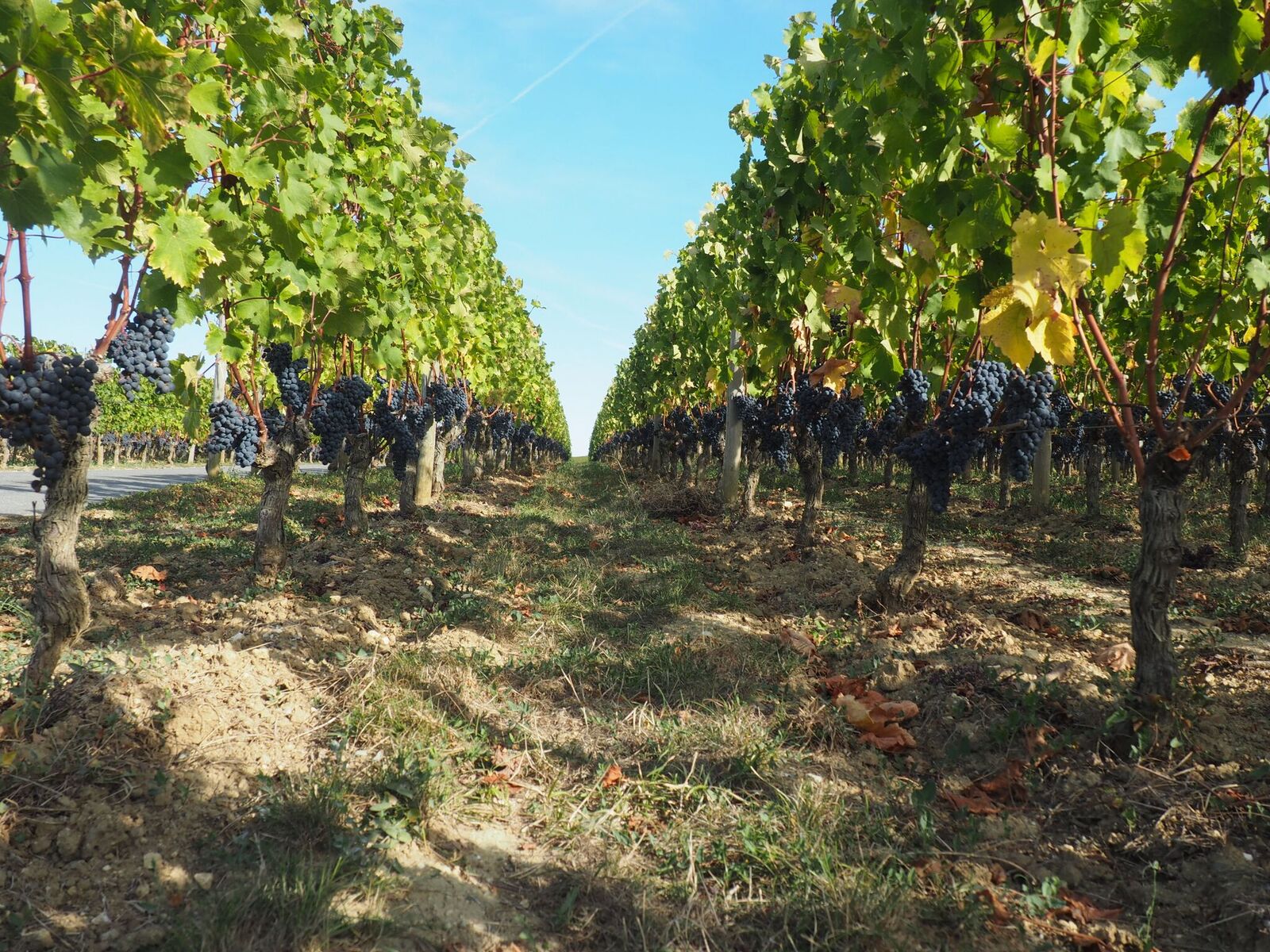 GET TO OUR OFFICE

This website uses cookies to improve your experience while you navigate through the website. Out of these cookies, the cookies that are categorized as necessary are stored on your browser as they are essential for the working of basic functionalities of the website. We also use third-party cookies that help us analyze and understand how you use this website. These cookies will be stored in your browser only with your consent. You also have the option to opt-out of these cookies. But opting out of some of these cookies may have an effect on your browsing experience.
Necessary Always Enabled
Necessary cookies are absolutely essential for the website to function properly. This category only includes cookies that ensures basic functionalities and security features of the website. These cookies do not store any personal information.
Non-necessary
Any cookies that may not be particularly necessary for the website to function and is used specifically to collect user personal data via analytics, ads, other embedded contents are termed as non-necessary cookies. It is mandatory to procure user consent prior to running these cookies on your website.
SAVE & ACCEPT